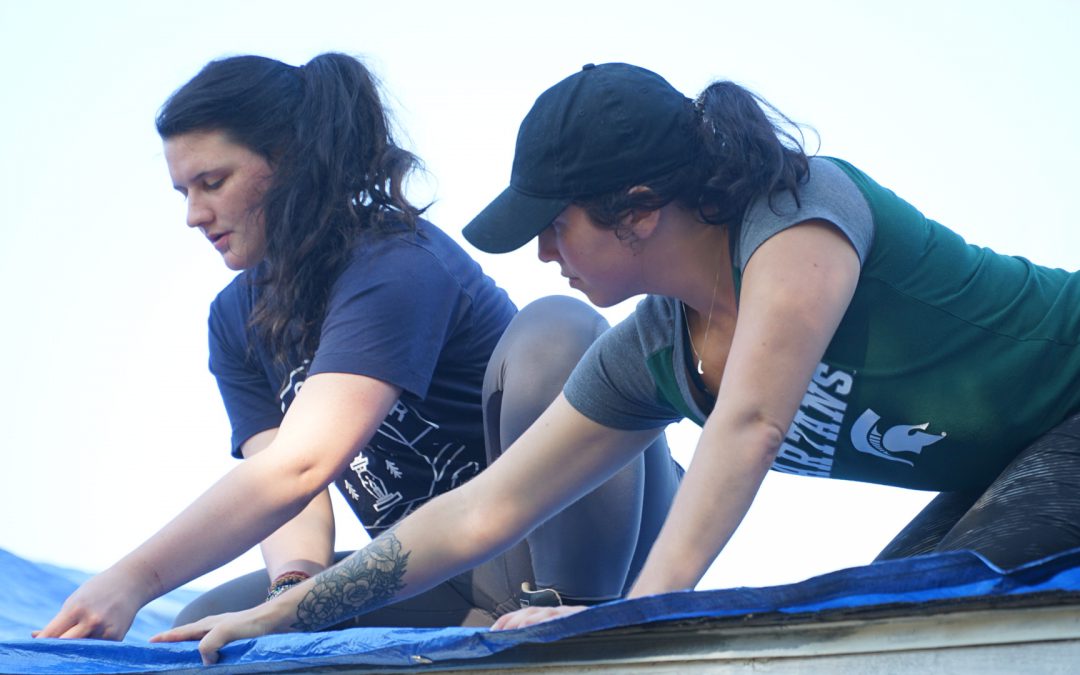 When our Relationship Supervisor, Samantha Hart saw an opportunity to spend a few days in North Carolina helping Florence victims, she jumped at the chance. She sought and received immediate approval from the company’s top executives to help families in Wilmington and Kelly, North Carolina through an organization called D.R.A.W. Buckets, an acronym that stands for Disaster Relief at Work. 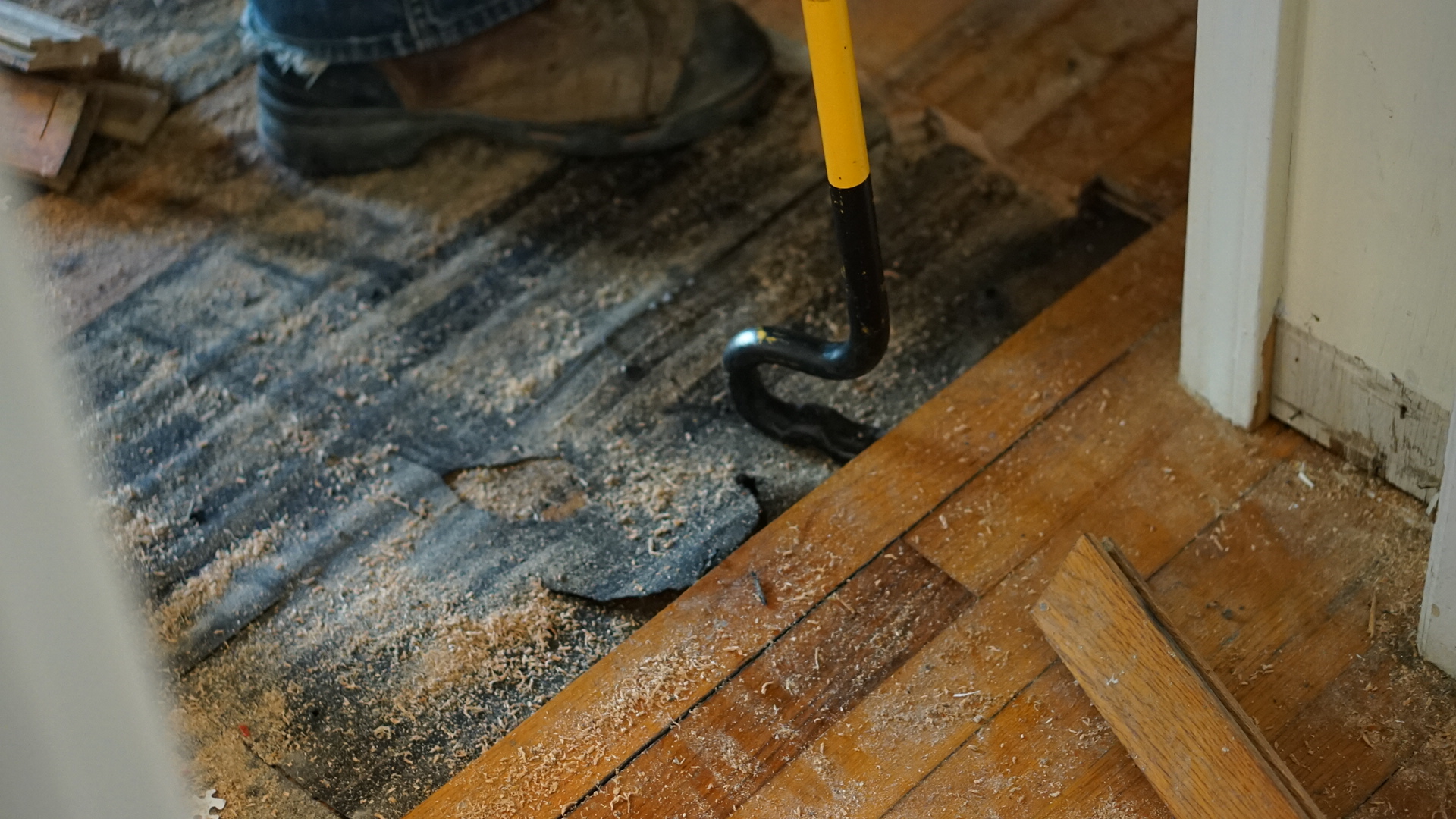 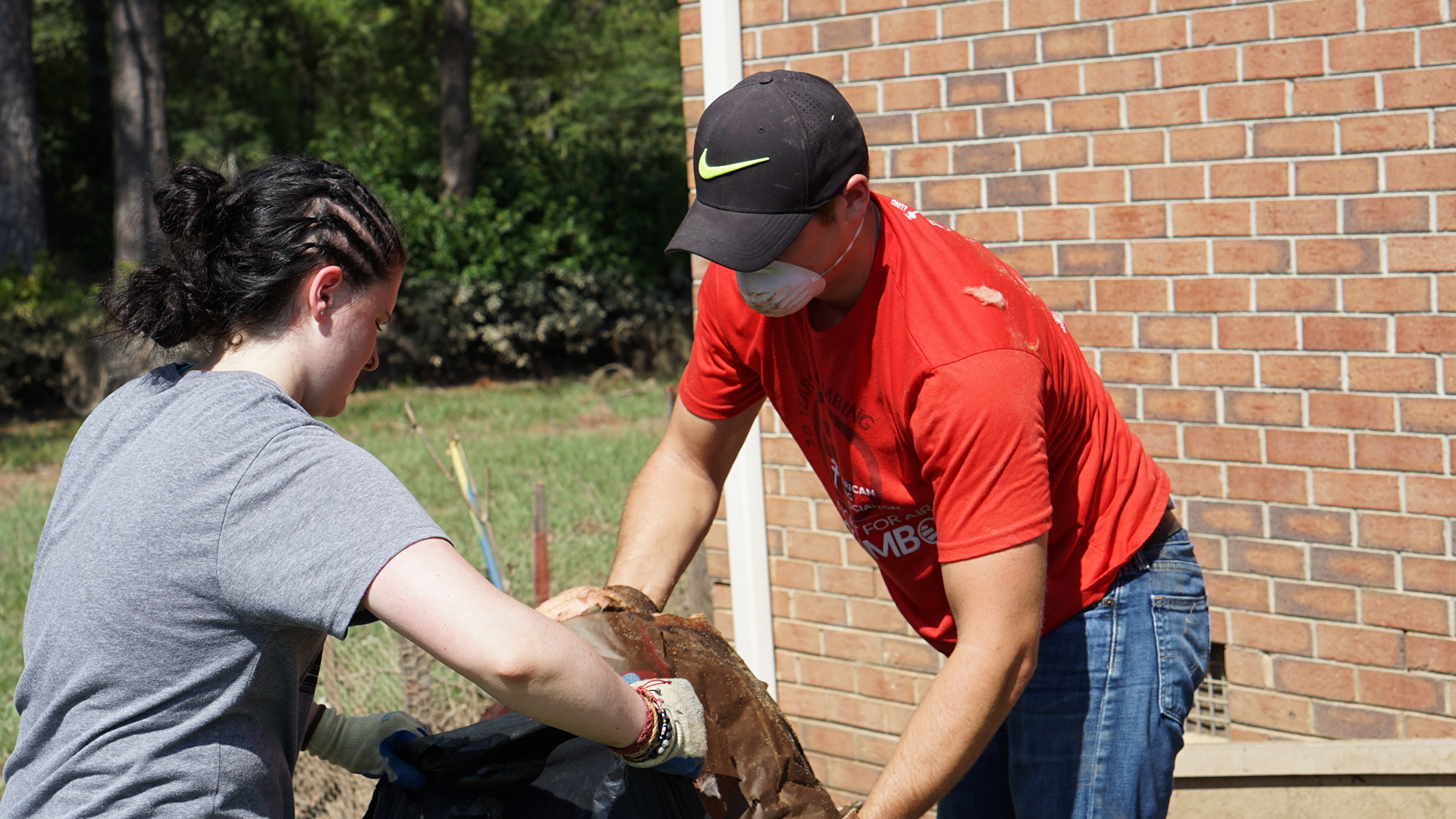 D.R.A.W. and other disaster response organizations were calling out for anyone with the time to aid in their efforts. Areas like Kelly, North Carolina are in the middle of nowhere, but D.R.A.W. and others made sure everyone in need received help. So many of the unfortunate were waiting for insurance checks and could not afford to do much of anything without funds.

Not knowing what to expect upon arrival, Samantha’s first impression was intense:

“You see pictures and videos on the news but it’s completely different seeing it in real life. It hit me that this is real and these people’s lives have been impacted SO much. You don’t realize all of the steps and obstacles that people need to go through from these disasters. It’s not just flooding. People have lost all of their belongings, lost their savings, are getting sick from the mold, have pets that are dying from mold, and need to rebuild their homes.”

Samantha was stationed in Wilmington, North Carolina and was in awe of how organized the volunteer efforts were set up. She learned that D.R.A.W. partners with other organizations to work on disaster sites throughout the country all year. Upon arrival, D.R.A.W.’s initial efforts include reaching out to churches and other organizations to get the lists of people who were waiting for help.

“It was overwhelming. I felt like there was so much to do and still so many houses completely messed up and smashed in by trees,” adds Samantha.

The work that needed to be done was beyond extensive and included removing muck, and mold from every corner, cabinet, countertop, doors, floors, insulation… everything. Mold continues to grow, so once removed a crew would spray bleach to stop it from spreading.

Her group also helped nail tarps on roofs on more than 10 homes. Many of the elderly residents lived amongst the mold and rubble, as they had nowhere to go and did not have the physical strength to make progress on restoring their homes.

During Samantha’s stay, she met two people who provided an amazing level of inspiration: Esther and William, who are in their late 70s, had lived on a street that was completely covered in thick mold and “muck” from the 6+ feet of flooding waters. They were forced to stay in eight different shelters for two weeks before their son’s less-damaged home was habitable.

Samantha remembers the sadness she saw while she helped Esther and William go through over forty years of belongings, the majority of which had to be thrown out. “Having to toss these people’s memories while watching the expression on their faces was heartbreaking.” Once sorted, the crew went to work cutting out wall panels, dry wall, insulation and more until the only thing left was base boards and wall studs.

Yet, their attitude was uplifting, which helped others maintain a hopeful vision for the future. Esther hummed songs with a smile on her face as they sorted through their personal belongings.  At the end of Samantha’s stay she shared her feelings, “There are no other choices than to be positive. Even when it’s hard and it brings me down, I just keep looking forward cause I know it will be alright.”

The trip was beyond fruitful and an experience Samantha Hart will never forget. MD-Tech is committed to discovering different ways to volunteer and give back to our communities and country. We highly commend Ms. Hart for her desire to seize this opportunity to help others.

For more information on providing a donation or volunteer work to D.R.A.W. for the Hurricane Florence effort, they can be contacted here. They are always in need of donated supplies, such as tools, tarps, cleaning supplies, food, water, and more. All monetary donations will go to relief work and supplies.