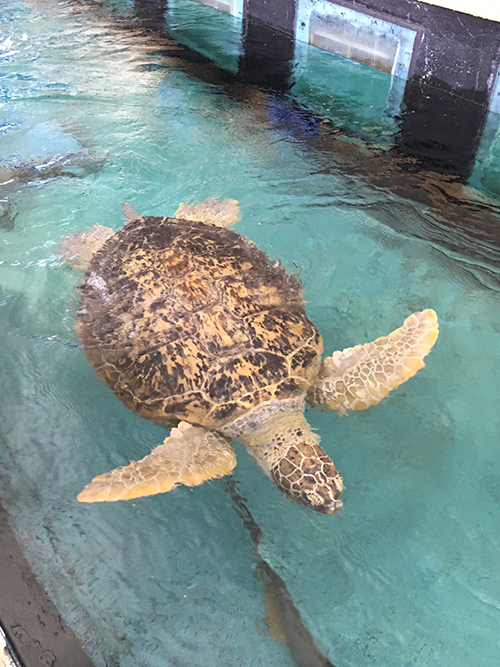 When we heard an organization known as “Turtles Fly Too” was looking for volunteer pilots, our president’s curiosity was peaked.  Ken Andrews, who has 20+ years of professional flying experience in a wide variety of aircraft was instantly prepared to step up to help.

It was December 2016 when over 115 cold-stunned sea turtles and two loggerheads were rescued on Cape Cod and brought to a holding tank turtle hospital at the New England Aquarium Animal Care Center.  Their small bodies had been immobilized by hypothermia so they could not help themselves until the wind and surf managed to transport survivors to the shore.

Although Ken and his wife live in Michigan, they volunteered to fly their nine-passenger Mitsubishi MU-2 Marquise twin-propeller turboprop plane to Marshfield, Massachusetts to pick up 50 of the rehabilitating turtles and take them to their new home in the Gulf of Mexico, Florida. First they had to map out the plane’s interior to determine how many turtles the plane could hold. Then they had to figure out how to keep the turtles away from the cold spots on the plane once it reached its cruising altitude. At high altitude, areas of the plane could drop as low as minus 41 degrees F which could affect the interior temperatures enough to impact the turtles. With the help of their then 13-year-old nephew Alex, they made all the necessary arrangements to prepare for a successful rescue. 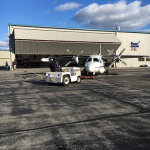 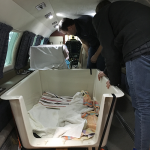 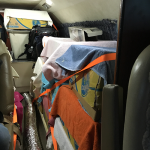 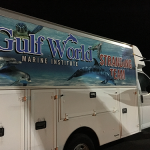 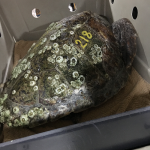 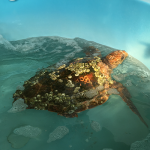 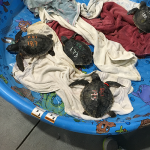 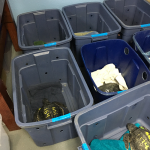 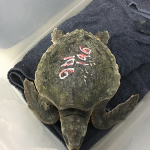 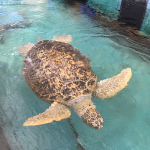 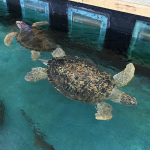 When asked his impressions, Ken was animated as he explained, “This was a much more involved process than I could have ever imagined. There were literally dozens of people working at both ends of the rescue 24-hours in advance to get the turtles ready for transport and to accept them at the receiving end. The amount of logistics and coordination that is necessary was remarkable. The turtles had to all be checked out and cleared as healthy for transport by a vet team and then each turtle had to be individually treated with medications and hydration so they could survive the journey. You have to remember that these turtles are exceptionally sick and most have pneumonia. Another point that stood out was how fanatically committed to sea turtles everyone was that was involved. Of course, who doesn’t love sea turtles… but the personal sacrifices and work that these individuals put into the cause was above and beyond and it was abundantly clear the dedication that they all have.”

Thankfully, there are several organizations that reach out to accept and rehabilitate these endangered sea creatures and they deserve a shout-out. Leslie Weinstein, founder of Turtles Fly Too, was responsible for reaching out to all pilots in general aviation to lend a hand.

Massachusetts Audubon – This Audubon organizes 24/7 volunteers to locate cold-stunned turtles during stranding season which occurs in late October to the end of January. Once located, the volunteers conduct field triage and then relocate them to rehab facilities.

New England Aquarium – This amazing facility gets the turtles back into transport health and continues to enlarge its tanks to accommodate the ever-growing numbers of rescued turtles.

Turtles Fly Too / NOAA – TF2 and the National Oceanic and Atmospheric Administration (NOAA) coordinate General Aviation aircraft and pilots to assist with the relocation. Typically the destination rehabilitation facilities are located along the Gulf Coast and the Andrews’ mission was to fly the turtles to Florida. Because of the turtles’ poor health, many would not have survived a 2-3 day driving trip that it would take to reach any of the facilities. The flights are crucial to the mission’s success.

Rehab Facilities – There are dozens of rehabs facilities that accept the cold-stunned turtles, nurse them back to health and then eventually release them into the Gulf of Mexico. The turtles from our rescue flight were rehabilitated by Gulf World in Florida and released several months after arrival.

Ken smiles when recalling his experience, “This is a very worthy mission saving Kemp’s Ridley turtles. They are the most endangered of all endangered sea turtles. In normal life it would be illegal to get within 50-feet of these turtles yet here we were moving 50 of them. What an amazing and rewarding experience!”

For more information on how to get involved in this volunteer mission, whether an aircraft owner, pilot, educator, social media expert or simply wanting to donate funds, click on the links above.

Our hearts and thoughts are with the survivors of the recent Hurricane Michael which resulted in severe damage in Panama City, Mexico Beach and surrounding areas of Florida.